Ren Faire in the Media – The One About the Renaissance Faire

Ren Faire in the Media – The One About the Renaissance Faire 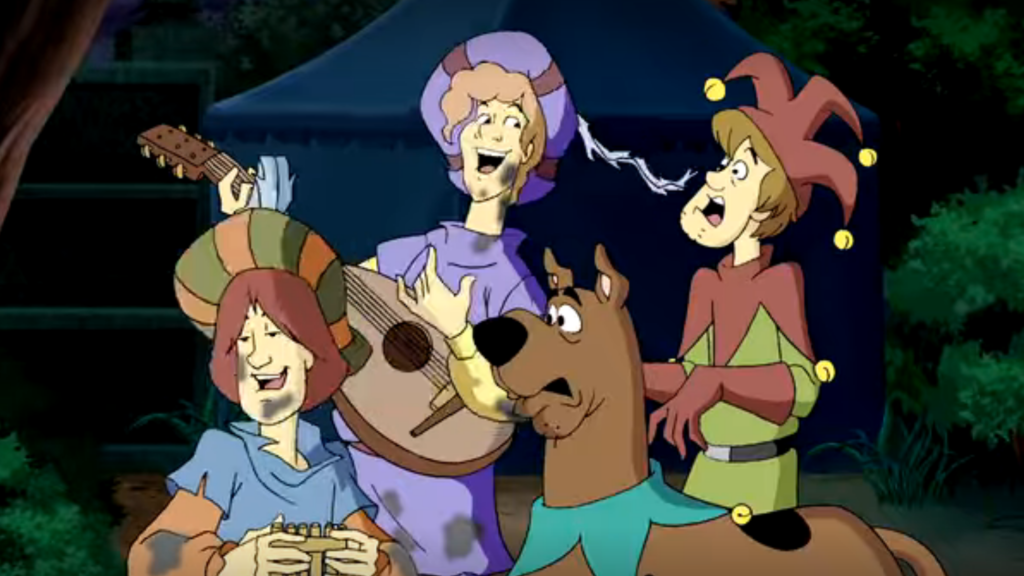 Amid all the beloved cliche’s of television and movies is that of the Ren Faire Episode. I have a sincere fondness for this trope, even if it mostly exists as a backdrop for the characters to explore facets of their personality, their inter-group relationships, and the fun of dressing in tights and flouncy dresses. But occasionally you come across an episode that manages to utilize this framing device to make a point or create some very real character development. I think this speaks to the greater power of the faire that cast members and playtrons have known for decades, that being the unique ability of the festival to help you grow and change as a person.

In this 2002 King of the Hill episode, Hank Hill is working to gain an account with the local renaissance faire. Despite some initial misgivings, all it takes is one propane-powered fire-breathing dragon to convince him that it’s worth putting on a pair of tights and playing make-believe with this bunch. But the situation gets a bit more complicated when King Phillip (voiced by the late, great Alan Rickman) takes offense to Peggy’s confident personality and insists on having her in cast as a wench in the festival so he can demoralize her.

For the sake of this episode, the ren faire exists as a framing device to call out a ‘medieval mindset’ when it comes to gender equality in the workplace. KotH has often been seen as a conservative television show, highlighting the general atmosphere within Texas in the ’90s and early 2000s. However, I’ve often found it to have some surprisingly progressive ideals once you get past the rhetoric. King Phillip (who is supposedly the same Phillip II of 1590 and therefore should be Spanish and not British) utilizes his authority to enforce misogynistic practices on his female employees; denying them equal pay, refusing basic necessities, and even going so far as to put women in the stocks when they offer an opinion. This doesn’t sit well with Peggy Hill, who sets her sights on leading a rebellion against this oppressive regime.

I won’t go too deeply into the inaccuracies of this because I think we all know that would get rather tedious. My favorite parts of this episode are all the little in-jokes that speak to a renaissance faire fan. The Texas accents muddling in with the low-country ‘Hear ye – hear ye.’ somehow works in the worst way. The groan of relief when the wenches loosen their corset for lunchtime is all too familiar. It’s a fun little departure from the usual and one of the reasons I’m so fond of the trope to begin with. The real meat of the episode comes when Hank, pushed to defend his wife’s honor, fails spectacularly. It’s up to Peggy to mount a horse and knock King Phillip down in the dirt. It reinforces the ideals of workplace equality when the wenches gather together to support one another and deliver a lawsuit for the sake of bettering their conditions. It’s a well-written episode and I go back to it now and again for a good laugh.

You can watch King of the Hill on Hulu

There are so many Scooby Doo’s out there and I have a kind of weird love for them. The direct to home videos in the early 2000s still get to me and I’ll never get the Hex Girls’ song out of my head! In this 2004 What’s New Scooby-Doo episode, the gang travels to Glasburgh Castle in Scotland for a renaissance faire. No, the castle is not a real place. I checked. Funnily enough, Velma is the only member of the crew not decked out in cheesy garb, but the rest of the group plays their parts admirably. Fred is the knight in tights, Daphne is in her damsel in distress dress with Shaggy and Scooby well suited to their court jester attire.

The Glasburgh Fair is the world’s only renaissance fair held at a real medieval castle. It’s totally authentic!”

I expected better from you Velma!

This episode leans into the theme of a ren faire, complete with wandering and plot convenient minstrels narrating the whole way through. The set up is simple; a thousand-year-old dragon dubbed ‘Glassie’ guards a treasure hidden within the castle. Recently, the dragon has been sighted, frightening off anybody prowling around. You couldn’t ask for a better mystery to kick off a Scooby-Doo episode. Things get started pretty quick with Shaggy and Scooby meeting Glassie face to face after they raid the food court for just about everything on a stick.

The faire here doesn’t feature much beyond the framing, but it should be noted that there are two other Ren Faire episodes among the Scooby-Doo series out there. One from Scooby-Dooo, Mystery Incorporated & another from Be Cool, Scooby-Doo You get your usual cast of suspects and spooks and sight-gags, and it’s always a fun ride.

You can watch What’s New Scooby-Doo on Netflix

While I’m not a big fan of the upper-classmen vs the freshmen trope in any form, there is something niche about it being played out with the framing of the Ren Faire in mind. One of the popular tropes within this is the idea of the veteran performers of the faire being less than understanding of the newcomers, especially those who make it clear they don’t want to be here in the first place. There’s a little bit of well-deserved comeuppance to the arrogant and self-absorbed newbie, but all in all, it levels the playing field and allows for them to come out of their bubble and enjoy the best parts of being at faire.

This movie was filmed on the grounds of the Michigan Renaissance Festival with much of the cast and locals being used as extras for the film. It starts Owen Benjamin as Will, a disaffected and disinterested college student who gets told by his professor, Cedric the Entertainer, that if he doesn’t work at a ren faire for the summer he’ll fail out of his classes. We also get Christina Ricci as Kate, an investment banker who trades the stuffy business environment for the creative realm of working at a faire. They are the pair destined to fall in love, and seeing as their relationship is set in stone, I didn’t exactly find myself too invested in it.

Not the actors themselves! I’ve met these exact characters at the renaissance festival played to a tee. It’s fun to see how much they really embraced the rennie mood and I sincerely hope they were having as much fun as it felt like. Again, this is one of those pieces I revisit now and again for a good laugh and the little tidbits of real faire life that exist for those of us in the know.

All’s Faire in Love is available on YouTube for Rent

With the resurgence of the renaissance festival being on the rise in popular culture, we’re sure to see more media take advantage of this fertile ground for creativity. Last year we watched American Princess which I feel took full advantage of the scope and backdrop of a festival to dive into all the ins and outs of what joining this kind of a community provides to its members. I find myself looking forward to the second season of the show, and I hope more like this will follow.