The Renaissance Outside Europe – Africa

The Renaissance Outside Europe – Africa 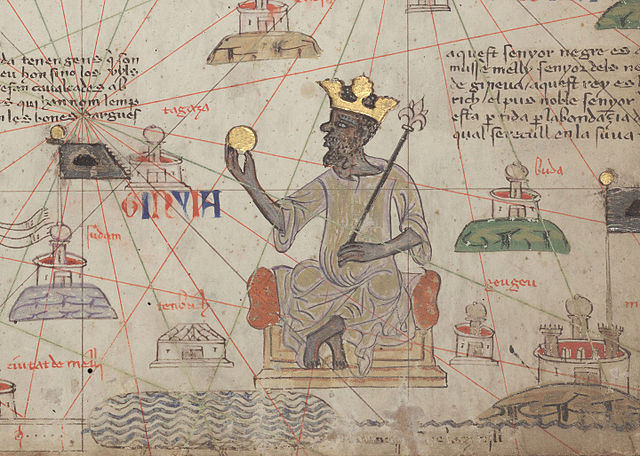 Hailed as the cradle of human-kind, Africa’s history is one of unparalleled distinction. We tend to think of this continent as a singular entity when in reality Africa has 54 countries and is a diverse tapestry of culture, civilization, and development. Over 3,000 indigenous peoples are living there with over 2,000 different languages spoken today. We often underestimate the vibrancy of African culture thanks to the perception delivered to us through television and cinema. In reality, when we look up to the pyramids with awe we are looking at a part of African culture. When we dream of traveling through a Moroccan bazaar to taste spices and marvel at the intricately detailed rugs we are looking at a part of African culture. From the golden expanse of the Sahara to the verdant green of the Congo Basin, Africa has played a major role throughout history in ways that are often left unexplored in western textbooks.

Throughout the centuries, Africa had become an essential part of the import and export of foreign goods, causing Europeans to set up bases on African soil to take advantage of the potential therein. The trans-Saharan trade was in decline since the journey was long and often quite lethal to those who undertook it. However such was the demand for precious metals, spices, textiles, and slavery that the Portuguese began setting up trade ports and colonies throughout the coastline. Thanks to the expanded trade routes by land and sea, Islam & Christianity had begun to spread throughout different African empires. In this time of changing structure and influence, there were three major empires; the Mali Empire, the Marinids Dynasty, and the Solomonic Dynasty.

This West African empire was one of the largest and most wealthy of its time, expanding along the trans-Saharan trade routes and making itself a hub for Muslin caravans and spreading Islam to the west. The golden age brought on by such rulers as Mansa Musa I (1312 – 1337) ensured a vibrant cultural expansion that would hold for over a century. After his pilgrimage to Mecca, Mansa brought back scholars, architects, and artisans who would help bring his empire to world renown. Economic growth and stability led to the ascent of such cities as Tinbuktu, which would later become noted for its universities and libraries which drew scholars from across the Islamic world. The most well know of these was the Sankoré University, which was said to hold more knowledge than the famous Library of Alexandria. Sankoré University explored topics such as philosophy, astronomy, and the study of the Qur’an.

However after the reign of Mansa Musa, his son Maghan I proved to be a less than adequate successor to his father’s ambitions. It was not until Souleyman Keita (1341 – 1360), brother of Mansa Musa, took the throne in 1341 that the empire got back on track. Much like Henry VII of England, Souleyman Keita was noted for this financial restraint and strength as a ruler. Under his rule, the empire was even praised for its sense of justice by the noted traveler and scholar Ibn Battuta.

They are seldom unjust, and have a greater abhorrence of injustice than any other people. There is complete security in their country. Neither traveler nor inhabitant in it has anything to fear from robbers or men of violence.”

Souleyman Keita was also noted for his religious tolerance. Much of the empire was devoted to Islam, but many of its inhabitants still practiced the traditional African religions involving ancestor veneration, animism, and polytheism. Often, these beliefs were married with Islamic and late Christian traditions, reforming into a set of practices unique to the areas in which they flourish. You can find the descendants of these practices in the faith of the Yourba people, Santeria, and Candomble. [1]

Unfortunately, after the reign of Mansa Souleyman the Mali empire began to decline. As the Portuguese began to run their trade through the seas, the trans-Saharan trade routes became less important. The loss of Timbuktu to the North African Berbers in 1433 was a significant blow. Rebellion, revolt, and secession pecked away at the empire through the 15th century, and in 1546 the Mali empire was lost through an invasion from the Songhai kingdom.

This empire spread across the North African coastline, comprising what is currently Morocco and the southernmost coast of Spain and Portugal. The Marinids were comprised of ‘Arab-Berber’ [2] people. The Imazighen are ancestrally native to the region and have been for all of recorded history and quite possibly long before that. They were a pastoral nomadic culture of traders and herdsmen who became integrated during the Arabic conquests in earlier centuries as the Islamic ideology became prominent.

What the Marinids lacked in solid, long term leadership they made up for in their steadfast dedication to establishing cultural prominence. With the capture of Fès, the Merinids solidified their hold of the dominion and made the city their capital. They began a vast project of urban renewal, building schools and mosques alongside old city streets. Their ultimate goal was not one of conquest, but to balance the changing flux of power to protect themselves. In 1309 they established a formal alliance through marriage with Grenada, at the time a self-sufficient kingdom, which created a trade route for silks and dried fruits.

With European influences established along the north, seafaring trade routes ever-expanding, and cultures interweaving with one another, the Marinids were well poised to become a center for religious and culture tolerance. Christian, Jews, and Muslims mixed in complex but respectful proximity, even intermarrying harmoniously with one another.

Unfortunately, due to constant changes in leadership, threatening Portuguese forces, and a lack of central ideology the Marinids Sultanate remain unstable until 1459 when a conspiracy was revealed. The Amazigh Wattasid family had long maintained a hold within the bureaucracy, keeping close alliances with the Marinid sultans. During an attempt to repel Portuguese and Spanish invaders, the Wattasid family attempted to consolidate political power in preparation for a coup. When the treachery was discovered, all but two of the Wattasid family were slaughtered.

In 1462, the bloody and anti-Semitic Moroccan revolts would cut through the heart of the Empire’s established sense of religious tolerance. With the political climate so unstable, local sharifs (supported by outside forces) assassinated Aaron ben Batash, a Jewish Marinid leader, which then led to most of the Jewish population being killed or run out of the city. From here the Sultanate became the victim of political maneuvering and infighting until it finally deteriorated.

In 1270, Emperor Yekuno Amlak (1270 – 1285) declared himself to be the direct living descendant of King Solomon and Queen Sheba. Yekuno Amlak was an Amhara prince, and when declared himself Emperor of Ethiopia after deposing the Zagwe king, he consolidated his rule and establish a dynasty which would last for seven centuries. Nestled in the Horn of Africa, Ethiopia is one of the world’s oldest countries and has remained influential into the modern era. At the time of Rekuno’s ascension, Ethiopia was a hotbed of conflict between Christian and Muslim forces.

After the death of Yekuno Amlak fighting and political squabbling took hold to such a degree that a new law was formed in 1300, declaring all male descendants of Yekuno Amlak would be imprisoned save for the reigning emperor and his sons. This law would hold until the early 16th century when the prison was finally destroyed.

It was Emperor Amda Tseyon (1314 – 1344) who is often credited with solidifying the Ethiopian state. His vigorous conquests and campaigning establish a system of fiefs which kept the areas pacified and indebted to their emperor. Trade increased under his reign, expanding even into the Byzantine Empire. He was noted to have connections with Damascus during its time as a provincial capital of the Mamluk empire.

A hundred years later, Emperor Zar’a Ya`qob (1434 – 1468) would establish ties with western Christianity. He valued nation unity and sought to maintain his state against what he considered to be heretical practices. He initiated strong reforms within the churches and was noted as a ‘great defender of the faith’. However, his later reign was soiled with despotic and brutal behavior, tarnishing his reputation and much of the work he had done. After years of dealing with internal plots, he became convinced of conspiracies against him and had members of his own family beaten.

It would not be until 1974 that the Solomonic Dynasty would fall. Emperor Haile Selassie, the 225th Emperor of Ethiopia to claim descent from Menelik I, had survived a brutal Italian occupation during the fascist reign of Mussolini. His speech to the League of Nations in 1936 called for an end to the horror and brutality of ‘refined barbarism’. Thirty years later, a famine in Wollo combined with public unrest and a military coup would result in the end of his reign and the sun setting on a 3,000-year-old dynasty.

[1] It should be noted that many of the faiths that stem from African traditional religions are closed faiths, not to be practiced or attempted by the uninitiated. Please temper your research with respect and speak to actual practitioners within the community to find out more.

[2] The term ‘Berber’ is a roman word used to describe the indigenous ethnicity of North African people. It is not the terminology they use to refer to themselves. I have used it here for the sake of historical continuity only and it should be noted you should refer to them by their proper name, the Imazighen (plural) or Amazigh (singular).

From The Arab Conquest To 1830 | www.britannica.com

The “Restoration” of the “Solomonic” Line | countrystudies.us