The Renaissance Outside Europe – China

The Renaissance Outside Europe – China 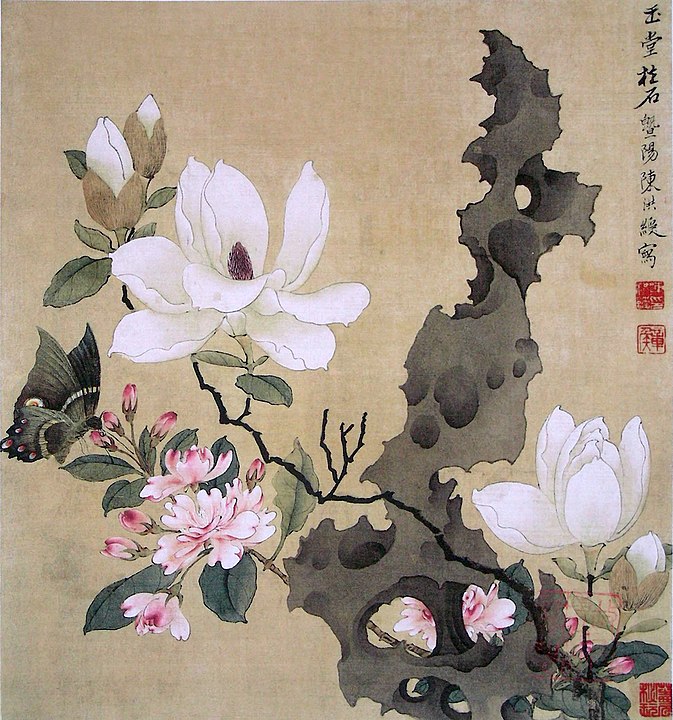 Our view of the world is, perhaps not surprisingly, quite Eurocentric. As Americans, we feel much of our history stems from our beginnings as an English colony. This has shaped a great deal of our perceptions; from culture to politics, social normalcy, and even our food. But as America continues to grow and develop, we find ourselves becoming more open to all the splendor and beauty of a cross-cultural movement. We live in a global society, and as our cultures overlap, our knowledge of history must expand in kind.

As we enjoy our love affair with the English and European Renaissance, it’s important to remember that the rest of the world was flourishing in its own way. Dynasties rose and fell, philosophical movements shook the foundations of tradition, and through it all the people endured. As we take a look at the world outside of Europe during the centuries, it is important to see the familiar patterns of social upheaval and the triumph of the human spirit. In this series, I am going to focus on periods which fall roughly parallel to the European Renaissance we know and love.

This 276-year dynasty heralded a return to native Chinese rule after the end of the Mongolian lead Yuan dynasty established by Kublai Khan in 1271. The early years of the Ming Dynasty began with a push towards self-sufficiency and a great deal of effort was put towards creating and maintaining a standing army/navy. Zheng He, Grand Eunuch, fleet admiral to Emperor Yongle, began a maritime campaign that included several massive voyages that establish routes to India, Africa, and even the Arabian Peninsula. The Forbidden City was constructed during the early 1400s, and Beijing was established as the secondary capital of the empire.

During this period, China excelled in the realms of literacy, art, and social change. A series of Confucian manuscripts called ‘The Great Compendium of Philosophy of Human Nature’ and ‘The Great Compendium of the Five Classics and Four Books’ are published discussing human nature, philosophy, and highlighting a love of learning. A period of immense wealth leads to many becoming patrons of the arts with a focus on textiles, calligraphy, bronze, and paintings. New philosophies like Wang Shouren’s teaching of the mind’ stresses knowledge being gained through pursuits and active participation. It was a period of splendor and development to rival that of the European Renaissance. But like all periods of great change, it was subject to threat from without and within.

In 1449 the Mongols launched an attack which lead to the capture of then Emperor Yingzong. The Mongolian army, which numbers only twenty-thousand or so, managed to crush the half-million strong Chinese army. In response to the increased danger, fortifications and repairs were pushed on the Great Wall through forced labor. Extreme taxation took advantage of the farming community, many of whom found their farms ‘donated’ to temples or the aristocracy. The Haijin laws, which had been created to protect China from the threat of piracy and foreign trade, ended up counterproductive since many people turned to piracy as a means of providing for themselves and their families.

During the 1500s, Emperor Wanli began a reign of administrative reform which assessed the officials responsible for much of the economic collapse that had run rampant during his predecessors rule. Much of the success of his early reign is attributed to Wanli’s Shǒufǔ, Zhang, who’s diligence balanced the need for relief on China’s working-class without upsetting established political powers. So much so that this period is known as ‘Wanli’s Renaissance.’ In his prime, Emperor Wanli successfully navigated the complicated realm of politics, diplomacy, and war. However, towards the end of his reign, the emperor began to withdraw from the court. Many reasons are cited, but one of the most referenced is the matter of succession. Wanli’s insistence that the son of his favorite concubine, Zheng, be made heir caused a schism in the upper echelons of his administration.

Like so many empires, the end of the Ming dynasty was a complex issue of succession, tyrannical power grabs, economic turmoil, and natural disaster. Court eunuchs vying for control of the emperor, the Chinese silver trade being surpassed by the Spanish, dry and unusually cold weather leading to famines that disrupted the farming communities, and obscene tax increases brought the economy to a virtual standstill. The Manchurian tribes bound themselves under a leader, Nurhachi, who consolidated power and broke ties with the Ming court in 1610. They invaded Korea, costing the Ming Dynasty valuable allies and leaving the state weakened. By 1640 the Chinese people were impoverished, staving, and rebellious. The Chinese military could not withstand efforts from both the united Manchu and their own people and found defeat more often than victory. They abandoned the capital of Beijing and on April 25th, 1644, Beijing fell to Li Zicheng’s rebel army. The last emperor of the Ming Dynasty, Emperor Chongzhen, hung himself from a tree just outside the Forbidden City. After his death, the Manchu established the Qing Dynasty, which would reign until 1911 where it would be followed by the Republic of China.

Want to learn more? Check out this amazing series about the Ming Dynasty on Youtube!

Painting with Words: Gentleman Artists of the Ming Dynasty | comuseum.com

Eunuchs from the Ming Dynasty to Qing’s Ethno-Dynastic Order, 1500–1800
| Asiapacific.anu.edu