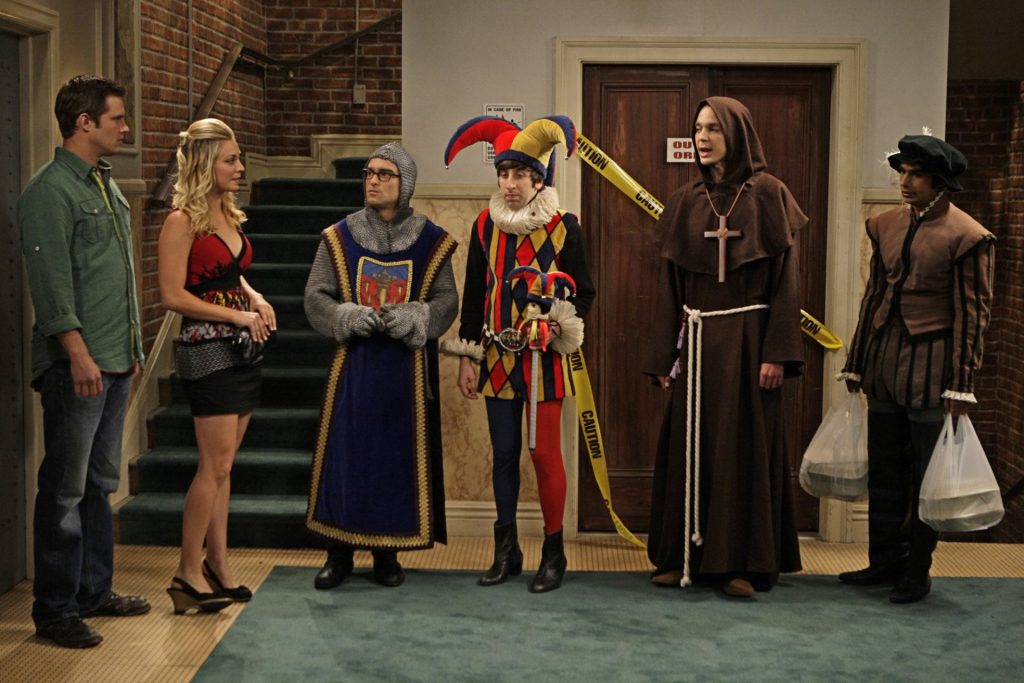 We’ve all seen the Big Bang episode where perpetually nitpicky Sheldon Cooper bemoans the inaccuracies of their local faire, completely missing the point of going in the first place. While Sheldon is an exaggeration of the accuracy geek, he isn’t off by much. There is a debate perpetually happening in the Renaissance Festival community over how accurate to be.

Renaissance festivals do put a lot of effort into maintaining an immersive environment for people to enjoy. When we take a broad look at the level of accuracy with a performative history faire, you can group them into three basic categories.

Historical Reenactment – Typically done with education in mind, historical reenactments are where an event or location is recreated with a high level of detail to making it as close to history as possible. This typically takes the form of military victories/defeats being recreated by reenactors.

Historical Entertainment – Where history is used as a platform to build upon and expanded for educational and entertainment value. It creates a balance, allowing enthusiasts to enjoy exploring a part of history while still maintaining some of the comforts of the modern era. Most renaissance faires tend to fall into this category.

History, but make it Hollywood – Largely an entertainment venue with history existing as a general backdrop as opposed to an accurate depiction. The feel of the environment is more important than maintaining the events and locations as they were, keeping audiences engaged with their surroundings and having fun.

It’s important to realize that each of these has its own inherent value within the realm of festivals. I don’t go on the Pirates of the Caribbean ride expecting an accurate portrayal of the Golden Age of Piracy from 1660 – 1726. I go to sing the song and play Spot the Sparrow. But when I attend the Fair at New Boston in George Rogers Park, I expect to see life as it was and learn something about local history. It depends upon how you are looking to spend your weekend and what you personally want to get from the experience.

When I go to the Ohio Renaissance Festival, I go knowing I will get the best of both worlds. With the backdrop of an Elizabethan era village to set the stage, the faire cast portrays a variety of characters both historical and original to flesh out the environment for guests. While it’s true that the Queen wouldn’t typically be rubbing elbows with the peasantry of a rural village, it’s also true that she would take progress during the summer and personally visit with towns and villages where she would graciously receive the locals. The cast uses this to set up a play for the guests, creating an inventive story for visitors to enjoy (even though it never actually happened from a historical point of view). It’s all about maintaining a balance between education and entertainment.

There are multiple sites around the festival grounds where are garnered towards historical education. The Dungeon of Doom features a delightful romp through a 16th-century dungeon, complete with accurate information about methods of torture and imprisonment. The villagers of Willy-Nilly have a dance troop that performs twice a day with rural and courtly Elizabethan dances. The Arena of Champions hosts a live jousting troop with an expanded repertoire of full-contact jousting and combat.

On top of this, ORF makes room for education demos. Many of the booths work on their craftsmanship during the festival day, utilizing tools and skills that would have been in demand during the Tudor era. This allows for guests to get a look at artisans such as blacksmiths, leather workers, and woodcarvers which help to keep old traditions alive into modern-day. This keeps old world craftsmanship relatively accessible, as well as showing how techniques have developed from more historical methods.

As you walk in the gates this year, ask yourself what you want to get out of your experience at the Ohio Renaissance Festival? Are you looking for a way to spend your Saturday with the kids and get some funnel cake? That’s great! Do you want to learn more about life in Queen Elizabeth I’s court with all its intrigues and scandals? Follow the people in bell skirts and nice hats! They’ll tell you all you need to know. You can dance with the faeries or learn how to build a longbow. Drink at the pub or listen to the Queen’s Choice sing real 16th and 17th century ballads. By creating an avenue for both history and entertainment to exist, you can really seize the day for yourself.

Street cast auditions are June 20 and 27! Come back to the blog June 16th for tips and advice about making the most of your audition!