New Year Traditions Around The World

New Year Traditions Around The World 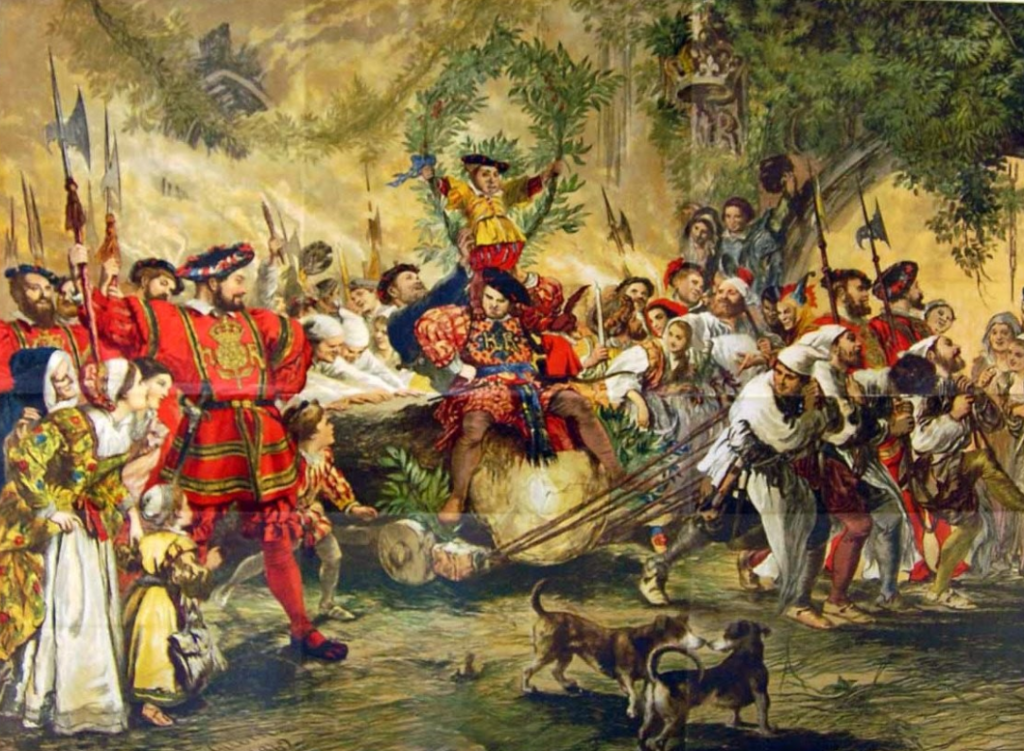 When we look back at the old year, we are filled with memories from all we’ve experienced and how far we’ve come. A new year means new opportunities, new challenges, and all the possibilities of the future. As we turn towards 2020, many of us move forward with excitement and a renewed determination to change ourselves for the better. Though the date has changed depending upon the culture and time period, the New Year still marks itself as a holiday to enjoy excess with the knowledge that tomorrow isn’t just a new day, but a whole new decade.

For the Tudor’s, Jan 1st fell smack dab in the middle of Twelfth Night and was a part of their Christmas celebrations for the year. New Years was March 25th, and for many it was acknowledged as the Feast of Annunciation during which the archangel Gabriel announced to the Virgin Mary that she was to be the mother of Christ. Given that it fell between the period of plowing and sowing for farmers, this was often the time during which a tenant farming family would move from their old lands to the new ones in preparation for work. For many this was the time during which contracts were renewed or dissolved, giving the holiday a more fiscal significance than most new years. January 1st was also when gifts were commonly exchanged instead of on Christmas, at least for the wealthy.

Falling on Jan 1st, New Years exists as a holiday somewhat similar to Mardi Gras in application. A chance to indulge in food, drink and merriment, it is a farewell to a year well lives and the opportunity to have a final blow out before taking up resolutions for self-improvement tomorrow. It doesn’t have any real religious significance aside from the holidays being almost over. Many people hold parties and tune in to watch the ball drop in New York, and many more will be in the gym first thing tomorrow morning to make good on the resolutions.

For the Chinese and many countries with significant Chinese populations, the new year typically coincides with their Spring Equinox festivities. The festival typically lasts several days, and 2020 will mark the Year of the Rat, which indicates wealth and cleverness. Families cook special meals which vary widely from culture to culture, but the dumpling is ubiquitous on every table. For the most observant, these celebrations go on for twelve days, each one carrying its own special importance.

Check out this amazing recipe for dumplings!

The Jewish new year falls as one of the high holidays and is a time of rejoicing as well as an opportunity for self assessment. Heralded by the shofar, a rams horn used as a trumpet, this holiday holds a special significance within the Jewish community as the anniversary of the creation of the world, or the day in which humanity was created. Challah is traditionally served with honey and apples, and a special prayer book called the Mahzor is used. Additional prayers are offered during their observations of the holiday which present the sovereignty of God, God as the one who recalls past deeds, and the anticipation of the future.

Check out this recipe for delicious challah!

Occurring on October 31st and coinciding with the modern Halloween, Samhain is marked as the neo-pagan new year. It marks the end of the harvest season and the beginning of the dark half of the year. Historically observed by the Gaelic folk (Ireland, Scotland and Isle of Man), it is one of two bonfire festivals held, the second being Beltain. In the modern world, it is viewed as the beginning of the new year, and an opportunity to say good bye to those who’ve passed on. Many make offerings to their gods as a thank you for the prosperity they’ve enjoyed. The ritual is usually followed by a potluck feast.

In 2020, the Islamic New Year will fall on August the 20th, which is the month of Muḥarram. Many Muslims observe the day in a similar way to Americans, making resolutions and spending time with their family. Different sects have different reasons for observing the holiday. For the Shiites, they commemorate the occasion with mourning and fasting for Prophet Mohammed’s first cousin Ali, who’s death caused the split between the Shiite and Sunni factions. The Sunni have more of a focus on gratitude and observe the holiday by spending time with family.

No Matter how or when you celebrate

As we look out around the world and see all the ways in which we mark the passage of time, it is important to see the shared philosophy. The opportunity to grow through experience by reassessing the way in which we live and deciding what changes we need to make to be our best selves. It can be religious or secular, and the goals can be big or small. But the importance of taking stock and reflecting on how we want to live remains a necessary factor in moving forward. So this New Years Eve, take a moment to think on what you want for your life and what goals you have for 2020.

The Year of the Rat | chinesenewyear.net

Five Things You Need To Know About the Islamic Hijri New Year | newsweek.com