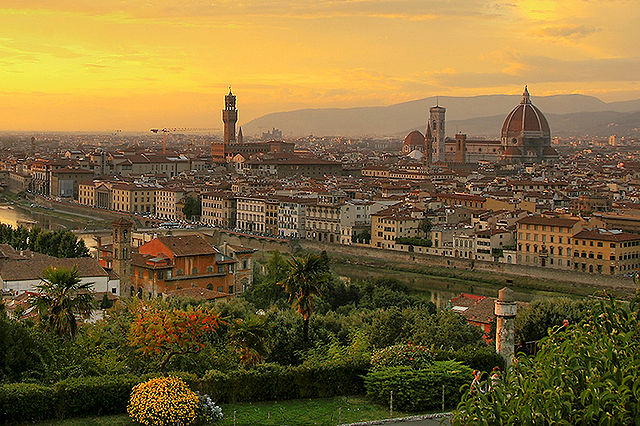 What comes to mind when you think of a ‘renaissance’? You probably heard the term in school, or about works of art. We talk about someone being a ‘renaissance man’, meaning that they have a wide range of talents and knowledge. And of course every year we get hyped for the Ohio Renaissance Festival, bringing to life an era of history we identify with on a cultural level. But the renaissance exists as so much more.

We are most familiar with the English Renaissance, but the exploration does not end there. A “renaissance” is colloquially described as a period of time following after an age of repression, where knowledge, art, literature, science, and culture becomes the highest aspirations of the populace. It usually comes with a change in attitude, allowing for new ideas and advances in many arenas to dominate the conversation. Human achievement is praised, and while inspiration is drawn from the past, it exists to show how far we’ve come.

The word renaissance means “rebirth,” and is depicted differently depending upon which country is at the height of its emergence from darkness into the light. It manifests differently depending upon those who experience it, and each one gives you an understanding of the culture and how it moved forward during a pivotal moment in history. While there are many cultural renaissances throughout the world, I’ve chosen to take a look at the European Renaissance. We may talk about renaissance in the Americas later.

After the fall from Rome (476 C.E), Europe entered what is commonly known as the Middle Ages. This was a period of social upheaval, wherein the infrastructure of the empire decayed and the land was split under the control of those who had the means to seize power. It was a brutal time in history as the culture struggled to find itself in the aftermath of invasions and collapsing political regimes. This lasted until roughly 1450 C.E. when people began to be interested in both the rediscovery of their Greek and Roman predecessors as well as the study of the natural world. Interest in trade beyond Europe surged and the feudal system fell into decline. New inventions such as the printing press made scholarly materials available to the masses, which meant a surge in educational opportunities.

The fall of Constantinople in 1453 is almost certainly what kicked off the renaissance. The capture of the capital city of the Byzantine empire by the Ottomans caused many of their scholars to flee with what was most precious to them. They found their salvation in Italy, which in turn found its rebirth in their books and manuscripts recalling the ancient Greeks and their works. Humanism began to flourish, a secular point of view that stressed human nature as the basis of its ideology. It sought to inspire people to think critically and to free themselves of the impositions of formal doctrine which was thought to constrict their mental capacity.

The Italian Renaissance spurred growth throughout the rest of Europe, providing some of the most well-known names in poetry, art, and philosophy such as DaVinci, Dante, and Machiavelli to name only a few.

Comprised of the Elizabethan and early Stuart period, the English Renaissance is perhaps the best well known of the European rebirths into cultural development. After their departure from the Catholic church, England found itself with a young, vivacious queen at the head of its country. Elizabeth I was determined to bring England into glory and pushed for exploration into trade outside of their neighboring Catholic countries. This created new opportunities for industry to thrive, which of course brought money into the nation. Elizabeth was an avid supporter of the arts and absolutely sick for amusements to keep her entertained.

The English Renaissance is perhaps the most familiar to us. It’s art, literature, and music thrived under the rule of Elizabeth I, providing us with the works of Shakespeare, Issac Oliver, Thomas Tallise.

The French stand out among the resurgence of culture and artistry for the passion with which they embraced it. War and disease had kept France from being a major political player during the 14th century. However, in the late 15th century, a scuffle with Italy brought them into contact with the rebirth of art and culture that had been brewing among its populace. Inspired, the French began to emulate their neighbors, bringing about changes in architecture, art, and literature. Such was their enthusiasm for this new style that the King of France, Francis (1516) invited Leonardo DaVinci himself to come and work there.

The French Renaissance brought forth inventions such as the Gutenberg Printing Press, developed by Johann Gutenberg, The Edict of Nantes which gave Protestants some civil rights, and the Jean Cousin.

The Spanish renaissance came about in a unique method that separated it from its contemporaries. Like the other European countries, they were inspired by the Italian interest in classical Greek and Roman styles. However, it diverged into its own subset, bringing about a darker, still somewhat Gothic approach to this new vogue. In some ways, Spain looked to bring in new influences from its colonies in Mexico and South America. In others, it sought to root them out through the Inquisition which targeted Muslims and Jews within the country. Their dark evangelism brought them into contrast with the rest of the European countries which seemed to be making small, but gradual progress on the front of religious tolerance.

None the less, the Spanish Renaissance developed famous literature such as Don Quijote by Miguel de Cervantes. Their flair for the dramatic translated into their artwork as well, with religious paintings showing both deep shadows and brilliant colors as with Fernando Gallego.

The end of the European Renaissance is marked by the warring between the city-states of Italy, forcing an eventual abandonment of the ideals which began the great rebirth. The Catholic church was less than enthused by the new ideologies which were being spread. This, of course, lead to backlash throughout the country. On top of this, as neighboring countries like England, France, and Spain began to make their own trade routes to the ‘new world’, Italy no longer had a monopoly on goods and merchandise. This lead to a decline in the economy. With no money, they had no way to patron the artistic movements which brought idealistic liberation to its people.

However, these motivations had already spread far beyond Italy and would continue to bring new works to Europe for centuries to come. After the renaissance began to die down, Europe went through what is known as the Age of Enlightenment. Inspired by the humanism of the Renaissance, the Age of Enlightenment was a push towards scientific thought and reason with literacy and discovery at the forefront of its ideology. Old dogmatic institutions such as religion and the monarchy were being thrown into questions, and change was on the horizon once more.

Next Week: Are you ready for the Winter Solstice?

Join us at Sun Henge on Saturday, December 21st, and spend the longest night of the year with friends, food, and fire!

Can’t be there? The ORF blog will be covering the event in a post Tuesday, December 23rd, 2019.

The Renaissance in France – about-france.com

The Renaissance in Span – smarthistory.org